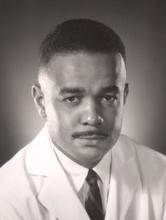 “Our reach will always exceed our grasp; in the striving, we will become better and, perhaps, wiser physicians.”

Dr. Norman’s words are modest in comparison to his contributions to medicine and his life accomplishments. It is as though he has grasped everything he has ever strived for. Dr. Norman is an extraordinary physician and many others pale in comparison.

Born in Charleston, West Virginia on May 11, 1930, Norman was destined for academia. He was the only son of John C. and Ruth Stevenson Norman. His father, an architect, and mother, a high school teacher, provided a flourishing life for the future physician. He attended exceptional schools and found himself seated among West Virginian royalty.

Norman attended Garnet High School, which he describes as “an excellent high school” (Organ). Norman excelled at all of his courses affording him the opportunity to graduate as Valedictorian of his class at only fifteen years old. With such great academics, there is not doubt the he would soon attend the Black Harvard, Howard University.

John Norman attended Howard University in 1946. After two years at Howard, Norman decided that he needed more of a challenge. He arranged interviews with Harvard, Yale, and Princeton. He was accepted to all three, but chose Harvard and became the first Black from West Virginia to gain acceptance.

Norman was among the top performing students at Harvard. He was taught by renowned professors and flourished in such a learning environment. Norman finished his undergraduate career and attended Harvard Medical School. Norman went on to complete his internship and residency at Columbia-Presbyterian Medical Center in New York City. Later, he finished his residency at Birmingham University as a National Institute of Health (NIH) resident in Thoracic and Cardiovascular Surgery. He completed his cardiac surgery training under Dr. Herbert Sloan in Michigan.

Dr. Norman’s dedication and acute surgical skills landed him a position at the Harvard Surgical Service at Boston City Hospital. In 1964, he became instructor of surgery at Harvard Medical School. There, Norman began writing. He authored anything from articles to surgical textbooks saying, “If you don’t write anything, no one will ever know you were here…” (Organ). It was among these years that Dr. John Norman would grasp some of his most notable accomplishments. At Harvard and Boston City Hospital, he had the freedom to research his interests. Her became “the catalyst to the Artificial Heart Program in proposals, lobbying with NIH and government officials, [and organizing] large review committees for clinical trials of the left ventricular assist devices” (Organ).

On December 23, 1975, Dr. John Norman and Dr. Denton Cooley implanted the first partial artificial heart (LVAD) into a human. Their partnership was of pure coincidence. The two met on a flight from Moscow where Dr. Cooley convinced Norman to join him at the Texas Heart Institute to build, staff, and direct Cardiovascular Surgical Research Laboratories. Norman went on to publish numerous articles and edit several textbooks. He also influenced minority acceptance at Harvard University with his introduction of Medicine in the Ghetto.

Dr. John C. Norman met death in 2014. He was an incredible man whose accomplishments cannot be ignored. His contributions revolutionized medicine and his publications left a legacy for future generations.