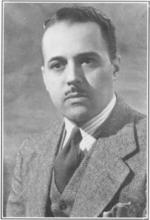 Frederick Douglas Stubbs was born on March 16, 1906 in Wilmington, Delaware to Dr. and Mrs. J. Bacon Stubbs. His father was a physician who graduated from Howard University of Medicine in 1984. His mother, Florence Blanche Williams Stubbs was a relative of the very prominent Dr. Daniel Hale Williams of Chicago. Frederick was the youngest and only child of the Stubbs family. Having grown in the environment in which his father was a renowned surgeon in Wilmington, Delaware, it is no surprise that young Frederick followed in his father’s footsteps.

After medical school Stubbs, attended residency programs as would any other medical graduate would have done. He served at various hospitals in Philadelphia to fulfill his residency; however, a patient later died under Dr. Stubbs’ care, which in return left Stubbs feeling not satisfied with his previous training. He decided to extend his training to maintain an excellent status in the field of surgery and therefore was appointed chief of thoracic surgery at Douglas Memorial Hospital in 1938. He was also appointed later in life as the first black staff of Philadelphia General Hospital, where he became a visiting surgeon and maintained this position until his death.

So, throughout F. D. Stubbs lifetime, he advanced thoracic surgery while bringing extraordinary advances in the surgical treatment of tuberculosis to Philadelphia, garnering him national acclaim. However, Dr. Stubbs life was ended by a heart attack on February 9, 1947 at the age of 41 while riding a train with his wife from New York to Long Island, but nevertheless, he was “one of the country’s greatest young surgeons”.